Department of Fire and Emergency Services

The Department of Fire and Emergency Services (DFES) performs a critical role in coordinating emergency responses to a large range of natural disasters and emergency incidents that threaten life throughout Western Australia (WA). In a climate as arid and prone to natural disasters as WA, DFES faces disasters such as bushfires, floods and cyclones.

WA is the largest state in Australia, with a Mediterranean climate that is prone to natural disasters. Bushfire season in Western Australia is a high pressure, high risk time for residents and DFES staff and volunteers alike. After the 2011 Perth Hills Bushfire, which destroyed and damaged 110 homes, DFES required a streamlined platform for emergency communications. Similar to the “One Source One Message” platform from Victoria’s emergency services, DFES required a single source platform, alerting the state of nearby warnings and evacuation processes. Prior to the Whispir solution, DFES relied on a manual-heavy process to create alerts and warnings to the WA public, which was cumbersome and time consuming.

"Over 7.6 million interactions since its implementation"

In October 2016 Whispir developed and launched the Critical Messaging System, customised to streamline the process of disseminating alerts and warnings across all platforms, including social media, RSS feeds, stakeholder emails and the Emergency WA website. Efficient in its distribution, alerts and warnings are updated and dispersed across a public website.

Easy to subscribe to, the public website distributes updates to the minute, describing the type of danger, the location and the severity of the warning, allowing the residents to make informed decisions for reaction to an event in a certain area. This Whispir platform has increased the efficiency of incident and warning notifications to the media and residents in WA. The platform provides emergency information that is easily available, highly dependable and accessible for all. 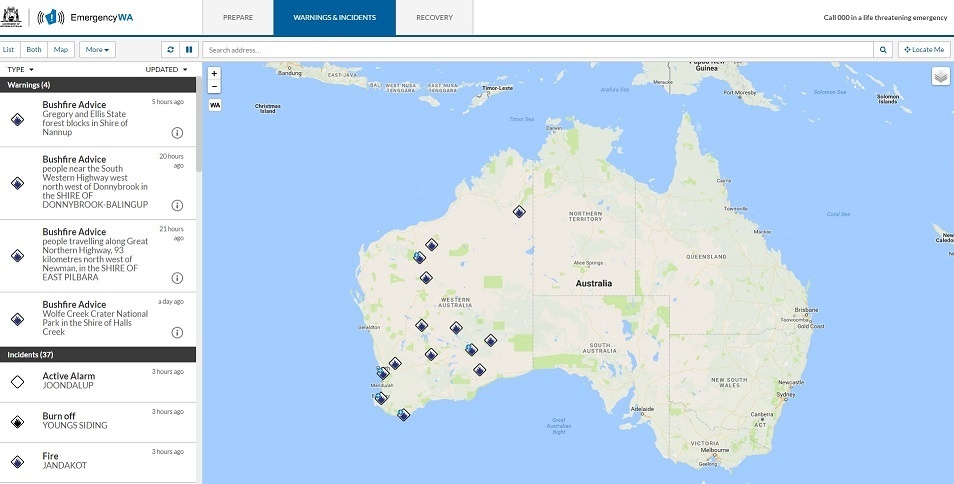 “The Critical Messaging System has enabled DFES to provide more emergency information to the public than ever before and streamlined the way we communicate with communities when it matters most.”

Melbourne’s BalloonMan rising in the world of cloud-communications